In this post I will be walking you through the process of creating a simple web app using django web framework.

It is a web framework that allows us to build web apps rapidly without inventing everything from scratch. It uses MVC architecture that is known as Model View and Controller. Basically Model deals with data, View deals with web logic and Controller is basically url dispatcher. Furthermore, Django uses ORM (Object Relational Mapping) that allows us to interact with application data from Relational Database.

Getting Started with Django

Now we have django up and running, it’s time start our first django project. In our case we will name it as newsapp. Once you run this command django-admin.py startproject newsapp a folder will be generated with bunch of files.

Difference between projects and app.

In simple words app is something that does something such as a social media network,a blog,news app and project is collection of configurations and apps for a particular website.

Once we have our django project created now we can create our financial news app by runnning this command python manage.py startapp financialnewsapp.

Now before we begin onto next step let me give an overview of each file in the app we just created.

Before we go to next step lets add our newly created app to SETTINGS.PY file in newsapp/ project.

Now we will write our view that queries top 10 bitcoin news articles and display them on html page. In order to do accomplish that first we need to install newsapi and get apikey. To install newsapi we can use this command pipenv install newsapi-python. Before you can access the api you need the KEY

Once we have newsapi we can write our view that will request news articles and display it on HTML pages.

In our views.py we need to add the following.

Once we have created our view that has all our logic. Now we will create url that will request this view but first we need to add our app urls in project urls.py file

Now we need to create new urls.py file in our financialnewsapp/ folder and add the following to the file.

Lastly now we need to create templates/ folder inside of our app directory where django would look for our html files.

Once we have created templates/ we need to create another folder within that directory where we will save our html file. In our case it would be something like this templates/news/index.html

After creating the directory and file now paste the following code in the file.

So I am using Bulma to make it look clean. Furthermore as you have noticed that django uses jinja templating engine to render dynamic data from the database or api.

As you can see I am using a for loop to iterate through articles and using key of dictonary access the values and display it using these double curly braces tags.

So this was a simple django app that displays news related to bitcoin. I hope you enjoyed this post if you think I missed any thing feel free to dm me on twitter. 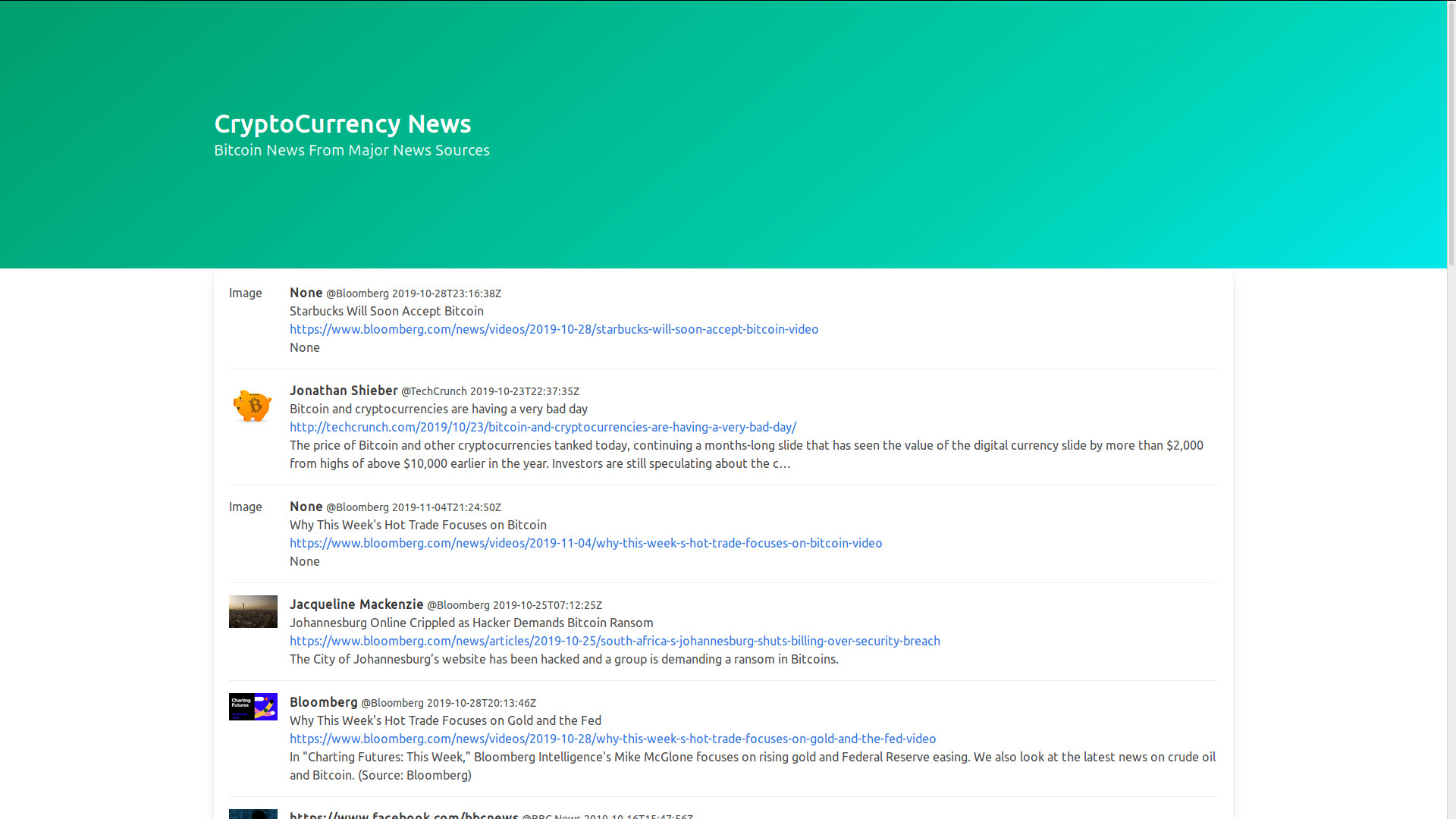